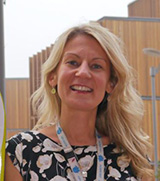 Eve Smith, MD, BSc, PhD, is a Paediatric Rheumatology trainee based within Alder Hey Children’s NHS Foundation Trust, Liverpool, UK, the UK’s first and only ‘Centre of Excellence for Childhood Lupus’, and a EULAR ‘Centre of Excellence for Rheumatology’. She undertook a PhD entitled ‘Developing a Lupus Nephritis urinary biomarker panel in children for use in a clinical trial’ at the University of Liverpool within the Department of Women and Children’s Health, Institute of Translational Medicine. She has since been appointed to a National Institute of Health Research (NIHR) funded Academic Clinical Lecturers post at the University of Liverpool. Eve is also the PReS trainee representative, helping to ensure that the views of trainees are presented on all PReS council matters. During her tenure on the council she has worked to bring together a range of trainees from across Europe and the world, to form the PreS ‘EMErging RheumatoloGists and rEsearchers’ (PReS EMERGE) group. 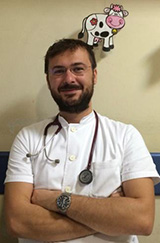 Lovro Lamot, MD, PhD, is a Paediatrician and a Paediatric Rheumatology Fellow working in a Clinical Hospital Centre Sestre Milosrdnice, as well as a Postdoctoral Fellow at University of Zagreb School of Medicine in Zagreb, Croatia. For last ten years he is participating in various basic research projects on rheumatic diseases. He published several peer-reviewed papers and a chapter in a book on rheumatic diseases. He actively participated in more than 50 conferences, congresses and courses on pediatrics, rheumatology and immunology. He received Croatian Paediatric Society biannual Award for the best publication and International MEDIS award for Medical Research. Along with everyday clinical work with paediatric rheumatology patients, he is also involved in teaching of medical students. He is a member of Paediatric Rheumatology European Society (PReS), Pediatric Rheumatology International trials organization (PRINTO) and numerous national professional societies. In the EMERGE group he is one of the coordinators of the PRES EMERGE fellowship program. 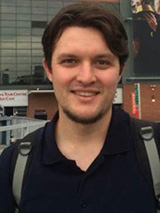 Erdal Sag, MD is a Paediatric Rheumatology fellow working at Hacettepe University Ihsan Dogramaci Children’s Hospital, Ankara (Turkey). He was inspired by Prof Seza Ozen and had a deep interest towards paediatric rheumatology when he was a medical student. Since then, he has been working with and trained by her for about 10 years. He worked as a Paediatric Consultant for 2 years at a State Hospital in Turkey. He is also doing his MsC at Paediatric Autoinflammatory Disease Programme at Hacettepe University Institute of Child Health. He had done some basic research on juvenile dermatomyositis at Prof Lucy Wedderburn’s lab at Institute of Child Health, University College London (UK) and also had visited the Paediatric Rheumatology Clinic of Great Ormond Street Hospital for Children NHS Foundation Trust, London, UK as a clinical visiting fellow with the support of EULAR scientific training bursary. He is a member of Paediatric Rheumatology European Society (PReS). In the EMERGE group he is the lead for the courses and educational activities subcommittee, focusing on organizing advanced courses as well as webinars and other training opportunities. 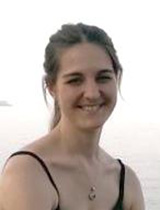 Anna Glaser, BSc, MsC, is a basic scientist currently doing her PhD on juvenile-onset systemic lupus erythematosus with Prof. Michael Beresford’s research group in Liverpool (UK) with both doctors and researchers. For her Bachelor’s and Master’s she studied Molecular Medicine in Tübingen (Germany) and Padova (Italy). The focus was very much on the link between science and medicine. In the EMERGE group she wants to help connecting medicine and science better and help setting up courses for future training. 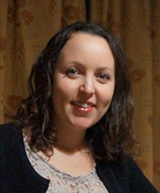 Hanna Lythgoe, MBChB, MRCPCH, is currently training in paediatrics in the UK and hopes to subspecialise within paediatric rheumatology. She spent 15 months working as a clinical research fellow for the UK’s Experimental Arthritis Treatment Centre for Children, based at Alder Hey Children’s NHS Foundation Trust, Liverpool. She is now continuing to work on her research projects alongside her clinical training. In the EMERGE group she coordinates membership and social media as well as actively contributing to other initiatives. She believes the EMERGE group has great potential to improve collaborations and opportunities for young paediatric rheumatologists and researchers across Europe and beyond. 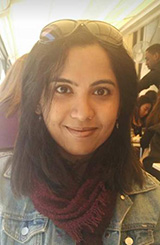 Anita Dhanrajani, MBBS, DNB, is a vasculitis research fellow at the Hospital for Sick Children, Toronto, Canada. She completed her Pediatric Rheumatology fellowship from University of British Columbia, Vancouver, Canada in 2016. She has special interest in academics and is currently pursuing an MSc in health practitioner teacher education at the University of Toronto. She has previously presented her research at the 2016 annual PRES and YIM meetings and has publications related to her work in Kawasaki disease. She aspires to do collaborative research with developing pediatric rheumatology centres across the world. Her role in EMERGE is the creation of an online cross-border global mentoring program centred around the needs of pediatric rheumatology trainees. 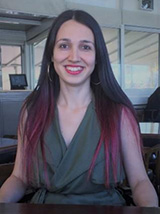 Ezgi Deniz Batu, MD, MSc is a pediatric rheumatologist working currently at Ankara Training and Research Hospital in Ankara, Turkey. She completed her pediatric rheumatology fellowship in Hacettepe University under Prof. Dr. Seza Ozen’s supervision. She obtained her MSc degree in Paediatric Autoinflammatory Disease Programme from Hacettepe University Institute of Child Health. She had visited the Pediatric Rheumatology Clinic of Nationwide Children’s Hospital in Columbus, Ohio, USA as an observer. She has participated in to several international projects and published 40 articles in peer-reviewed journals. She is a member of Paediatric Rheumatology European Society (PReS) and Pediatric Rheumatology International trials organization (PRINTO). In the EMERGE group, she is one of the coordinators of the peer-review mentoring program.

Kate Webb is a paediatric rheumatologist currently reading for a PhD at University College London at the Arthritis Research UK Centre for Adolescent Rheumatology. She was awarded a prestigious Action Medical Research Clinical Fellow Award in order to investigate the effects of sex and puberty on the innate immune system, which may predispose females to develop juvenile systemic lupus erythematosus. She is one of the first African trained paediatric rheumatologists, and was awarded a Discovery award in order to subspecialise. She published the first paper describing the characteristics of juvenile arthritis in sub-Saharan Africa. She sits on the EMERGE committee of PReS, and was recently awarded the Eric Bywaters prize for research in Rheumatology from the Royal Society of Medicine. After her PhD she wishes to return to South Africa to establish an African Paediatric Rheumatology Research Centre. She has a passion for research that is translational but also equitable and relevant to less privileged and previously under-researched groups. 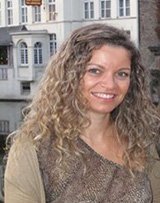 Raquel Campanilho-Marques, MD, MSc, is a Rheumatologist working at the Paediatric Rheumatology Unit from Santa Maria Hospital - Lisbon Academic Medical Center, Portugal. She has a special interest in Juvenile Dermatomyositis and is currently co-responsible for the Myositis Outpatient Clinic. She undertook a Clinical Fellowship for 1 year at the Paediatric Rheumatology Department of Great Ormond Street Hospital for Children NHS Foundation Trust, London, UK, with the support of two EULAR training bursaries. With a support of a National Institute of Health Research (NIHR) grant she did a Clinical Research Fellowship, for two years, at Prof. Wedderburn´s lab in “Deep phenotyping in Juvenile Dermatomyositis”, at the Institute of Child Health - University College London. Currently, Raquel has been appointed as Invited Academic Clinical Lecturer in Rheumatology at Lisbon Academic Medical Centre and she is also working as a clinical Investigator at the Rheumatology Research Unit of Molecular Medicine Institute – Lisbon. 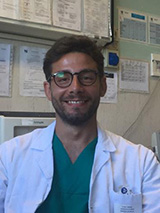 Achille Marino, MD, PhD student, is Pediatrician working at Desio’s Hospital, ASST Monza, Italy. He is currently doing his PhD in Biomedical Science at University of Florence. He graduated in Pediatrics at Meyer Children’s Hospital of Florence, Italy where he worked in the Rheumatology Unit directed by Professor Cimaz. During his residency program, he attended the Division of Pediatric Rheumatology of Children’s Hospital of Philadelphia, Pennsylvania, United States. Dr Marino is co-author of several published articles on rheumatology field and submitted several abstracts to Italian and European pediatric rheumatology congress.

By continuing to browse this website, you accept cookies which are used to offer a personalized experience on our website, generate statistics and realize advertising or social network tracking. Find out more about our Privacy policy and how to manage them on your browser. You can change your cookie settings at any time.